FOR A HIGH-RISK JOB IN THE ROCKIES, PALADIN CROSSINGS TURN STO DURABLE MACHINES

The combination of a river crossing, difficult ground conditions and environmental challenges could deter any contractor from bidding on an underground construction project. And in a recent project, those factors did indeed deter all contractors — except one.

When Paladin Crossings Inc. saw these challenges were a part of a waterline replacement project located in the Canadian Rocky Mountains in Revelstoke, British Columbia, their prior experience working in similar, unreliable conditions gave them the confidence needed to get the job done.

“It wasn’t the longest shot in the world, but ground conditions were extremely challenging,” said Paladin Crossings president Jarrod MacKenzie. “I know a lot of companies don’t like taking on the risk on a lump sum crossing, but as long as we planned accordingly and had a good understanding of ground conditions, we were comfortable and confident in taking on a project like this.”

Out Before Winter’s Arrival

Revelstoke is known as the snowmobile capital of Canada, and it’s not uncommon to see 12 ft of snow hit the town overnight.

With a project that began in the fall of 2019, Paladin Crossings, a full-service project management company specializing in trenchless construction, knew that finishing before winter arrived was imperative to the success of the project.

The company spent about six weeks pre-planning before the bidding phase and an additional six months of logistical and construction planning once they were awarded the project.

“We had to travel 10 to 12 hours from our yard to the project location before boots could even hit the ground,” MacKenzie said. “If anything were to break down, it would jeopardize the project and any downtime would cost us money. We knew that the only way to be successful with those challenges was having a well thought out and coordinated plan.”

MacKenzie and his team had to anticipate how long it would take just to get equipment to the Revelstoke jobsite — and how they would get it there. For example, all equipment loads are regulated for weight and height restrictions when traveling through the mountains. To get everything approved for travel took two-to-three weeks of permitting.

In addition, the equipment had to be loaded onto special trailers and could only travel six hours a day, and only during certain times of the year, so they could avoid high-traffic, high-tourist areas. Ultimately, it took Paladin Crossings four days to get their equipment to the jobsite.

The Paladin crew arrived on-site in Revelstoke in October to replace and upgrade a waterline, which was exposed through the riverbed due to high run off from the previous winter. The waterline connected one side of the city to an existing and new subdivision that was being built on top of a mountain. With winter fast approaching, the new crossing needed to be installed before spring break-up, which happens when the snow melts and the frost thaws causing the ground to become soft, muddy and unstable. If the waterline became exposed during the spring break-up, the line would risk becoming damaged making it impossible to repair and leaving one side of the city without water.

Challenging conditions added further difficulty. Drilling through a river-crossing created risks that could present serious environmental consequences. And any clean-up time, clean-up costs and fines would threaten the operation’s success, including the company’s reputation.

Downtime was another challenge. When the Paladin Crossings crew bid on this job, it was a “no hole, no pay” operation, and drilling through difficult ground conditions with unreliable equipment could cause the hole to collapse if breakdowns occurred. This would mean they would have had to start over with an entirely new bore, spending extra time and money on the jobsite.

“If our equipment broke down, the integrity of the hole would be jeopardized, and we wouldn’t have been able to recover,” MacKenzie said. “That is why planning for a jobsite like Revelstoke requires durable, reliable equipment like American Augers drilling rigs.”

MacKenzie and his crew turned to an American Augers DD240 directional drilling rig, and the M300D, American Augers HDD fluid cleaning system, for the project. The DD240 and M300D were integral in helping with fluid management and creating proper mud mixes needed to secure the hole, decrease environmental risk and reduce the potential for costly damages.

“We had the American Augers equipment out there with us for three weeks,” MacKenzie said. “They performed really well, and operators loved their ease of use. I could tell they were built to last, and I felt we could actually depend on these machines if we were to get into a pickle.”

While power is important, the durability and reliability these machines offer were essential for the crew’s success. Paladin Crossings needed to trust that their machines would not breakdown or cause costly downtime.

“For a small company like mine, we can’t afford downtime,” MacKenzie said. “If a rig went down, we wouldn’t have been able to complete the project within budget or on schedule, which is why the DD240 and M300D were a necessity on a project like this. The more durable the machine, the more confident we were in completing this project.”

A Formula for Success

While Paladin Crossings’ experience working in isolated areas with unconsolidated materials was an asset on a project like Revelstoke, investing their time in planning and choosing the right equipment was what helped make the project a success. The crew was able to beat winter’s arrival as they finished just three weeks after they arrived.

“The customer was expecting a lot of problems with this crossing,” MacKenzie said. “But we made it look easy. From my experience, durability and reliability do a lot for projects when timing is of the essence.” 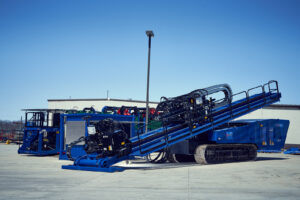 HOW GLOBAL DEMAND AND TECH ARE BOOSTING ROADBUILDING GROWTH

BY TOM JACKSON Whether you are a contractor, OEM, technology company or a government agency… 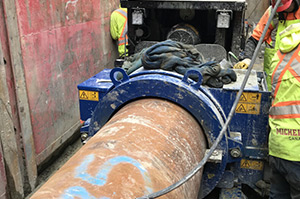 WHY AN ELECTRIC AUGER BORING MACHINE IS A GOOD INVESTMENT

BY RICHARD LEVINGS Auger boring has been a staple in the construction industry for decades.… 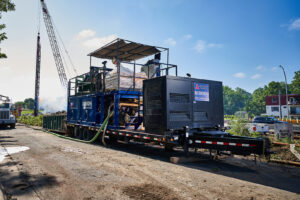 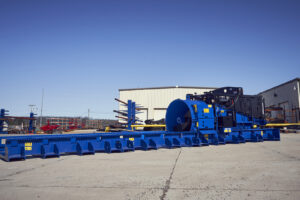 BY RICHARD LEVINGS Underground construction professionals know that timing is of the essence, especially as… 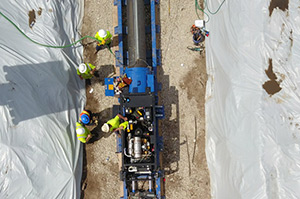 The demand for electric vehicles isn’t limited to passenger vehicles. The drive to be more… 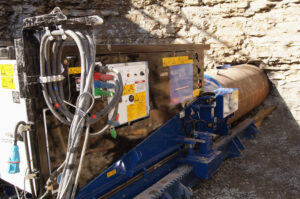 5 REASONS TO INVEST IN AN ELECTRIC AUGER BORING MACHINE

BY RICHARD LEVINGS The construction industry is seeing the beginnings of change. Electrical equipment is… 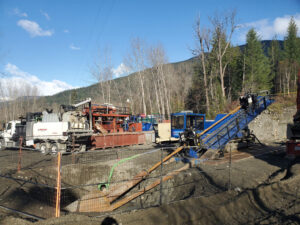 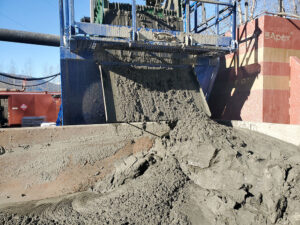 FOR A HIGH-RISK JOB IN THE ROCKIES, PALADIN CROSSINGS TURN STO DURABLE MACHINES

The combination of a river crossing, difficult ground conditions and environmental challenges could deter any… 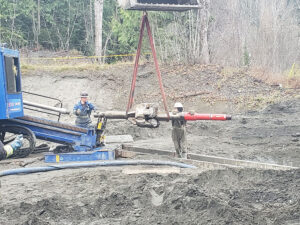 WHEN TIMING IS OF THE ESSENCE

Due to the frequent early onset of winter, underground construction projects in the Canadian Rocky… 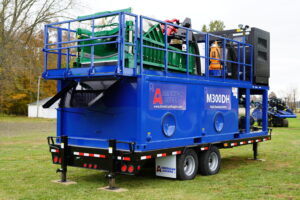 New to the show, the organization will introduce the M300DH, which combines compact size with…